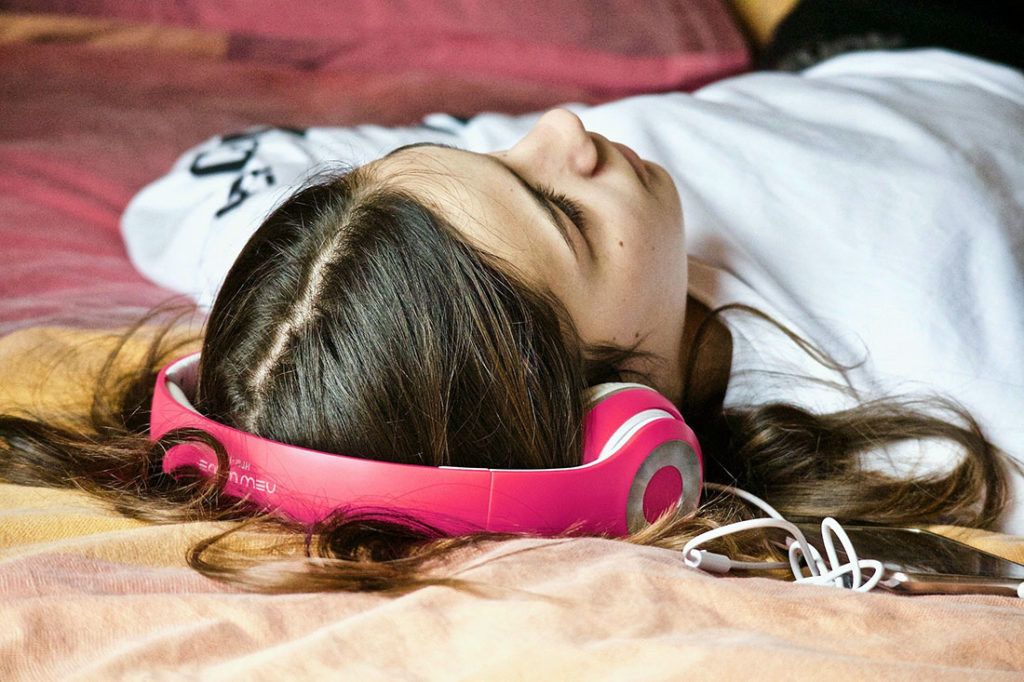 A few years ago I put away all spiritual practices. Ironically, I had just come to a point of realization on the “how-to” of meditation but then I suddenly abandoned the whole thing altogether. This spiritual “fast” lasted 10 years, during which time I had no intentional spiritual or meditation practice. What I didn’t realize, however, was meditation was still happening, albeit unaware to me and it was happening regularly through ASMR videos on YouTube.

If you aren’t familiar with ASMR, Wikipedia describes it as follows:

Autonomous sensory meridian response (ASMR) is a tingling sensation that typically begins on the scalp and moves down the back of the neck and upper spine. A pleasant form of paresthesia, it has been compared with auditory-tactile synesthesia and may overlap with frisson.

ASMR signifies the subjective experience of “low-grade euphoria” characterized by “a combination of positive feelings and a distinct static-like tingling sensation on the skin”. It is most commonly triggered by specific auditory or visual stimuli, and less commonly by intentional attention control. A genre of videos which intend to stimulate ASMR has emerged, of which by 2018 over 13 million are published on YouTube.

As a child, I was aware I experienced ASMR but I had no idea anyone else experienced it or that the experience even had a name. I remember feelings of ecstasy and almost paralysis when my younger sister would pretend like she was putting makeup on me, brushing and stroking my face while whispering to me. When I got older, I often found it difficult to focus in class if a particular teacher’s voice triggered my ASMR. I was a horrible math student and my 8th-grade algebra teacher would often bring me to her desk to explain the problems and concepts to me. I still can’t do algebra but I remember the ASMR triggered from her whispered voice sure kept me in tingles.

Decades later, I heard an ASMR episode of This American Life podcast and learned my ASMR experience wasn’t as individual as I’d thought. In fact, hundreds of thousands, if not millions of other people experienced this same phenomenon. Through the podcast, I discovered many people were actually making videos designed to trigger ASMR response. Once I was exposed to these videos, I was hooked. I’ve spent a startling amount of time since then relaxing while watching ASMR videos. Most of the videos center around specific ASMR  “triggers.” Often these triggers are whispering, tapping sounds, repeating certain words, crinkling sounds, scratching sounds, and role-plays. Role-plays are videos where the “ASMR artist” pretends to be someone in an environment or situation that would normally put a person into a state of ASMR. Popular role-plays are teachers (remember my algebra instructor?), doctors, salon and spa workers, librarians, etc. Over time the videos have become more and more inventive and quite elaborate with acting, technical and production values rivaling small independent films. All for the simple purpose of making a person relax and tingle.

As the videos have become more numerous and more popular, they have also become less about ASMR and more about simple relaxation. While the experience of ASMR is certainly very relaxing, not everything that is relaxing is ASMR. Still, the label ASMR has become associated more with relaxation than with Autonomous Sensory Meridian Response. Not necessarily a bad thing but a bit misleading nonetheless. Additionally, not everyone finds these videos to be relaxing (my wife finds them highly irritating) but if they do create a relaxation response in you, they can be very useful in relieving instances of insomnia, anxiety, and even depression.

There are several ASMR videos created specifically for guided meditations but I have found even the standard, every-day ASMR videos are useful as gateways into meditation for those who have never experienced meditation at all. I wasn’t aware of it then, but I now realize when I was not meditating but I was regularly watching ASMR, those videos were keeping me spiritually open in the same way meditation does now. In fact, I would suggest that at least part of the popularity of ASMR videos today is they provide the benefit of a regular meditation practice to those who do not or never have meditated.

If we could say there is any “objective” in meditation, it is to separate ourselves from the content and noise of our mind. As we reside in presence, our mind shuts down and silences itself since it cannot function while we are experiencing present awareness. While experiencing ASMR videos, the resulting physical and mental relaxation often puts us into a state of present awareness. We become hyper-aware of a voice or a sound and that awareness rarely involves the mind. Just pure awareness. The results of this experience are very similar, and in many cases not different at all, to actual meditation. Amazingly, the entire ASMR video movement is creating millions of new meditators who are benefitting from the effects of meditation but completely unaware they are, indeed, meditating!

I would never encourage anyone looking to explore the depths of a spiritual life to use ASMR as their only meditation practice. However, I can personally testify to the state of present awareness I continually experience from watching these videos. That practice kept me prepared for an even deeper and more focused meditation practice later. Truth reveals itself through the language and culture of every generation. It takes on new forms but at its essence always remains the same Truth. It is exciting to see a contemporary cultural phenomenon like ASMR planting the seeds of meditation into so many people who may have never considered meditating otherwise.

I have plans soon to release some Guided Relaxation ASMR videos of my own. In the meantime, I encourage you to explore the genre yourself, starting with three videos I have found to be particularly useful in my own meditation practice.