The Peace of Christmas 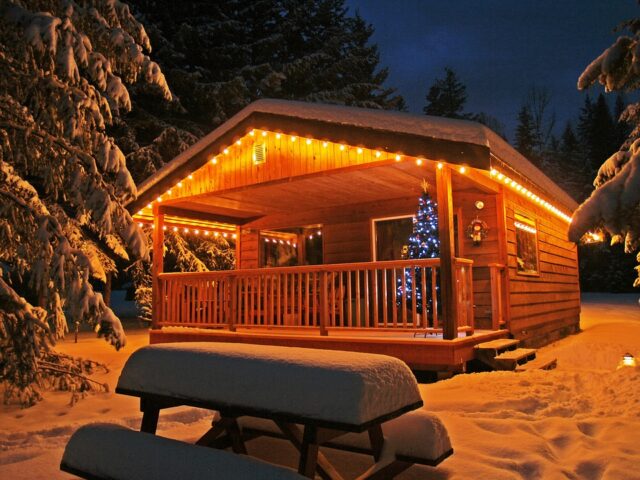 Image by Brigitte Werner from Pixabay

In the Silence of Being, our true nature is revealed. That Silence is the substance of all appearances; all that can be seen, heard, felt and perceived. In that Silence contains no labels, descriptions or concepts and in it, you are not the names you call yourself or the thoughts you think about yourself. Like the Silence itself, you are boundless, limitless, ageless, timeless.

To celebrate a solitary birth at Christmas time is to completely miss the point. The Christmas season points more to discovery than birth. That which we discover may seem to be born within us but, in reality, its nature is eternal. It has never been born and can never die. It has always been with us, indeed, always been us. We cannot be separated from it because it is the substance of our very being. This is the true message of Christmas.

At this Christmas season, the greatest gift we can give ourselves is the reminder that peace is not something we must wait for, Peace is who we are right now, The greatest gift we can give others is the realization this is the truth about them as well. Over and over, the symbols of Christmas point to the joy of discovering our true nature of Peace. May each of us fully awaken to this truth.

What Is “Spiritual Awakening”? 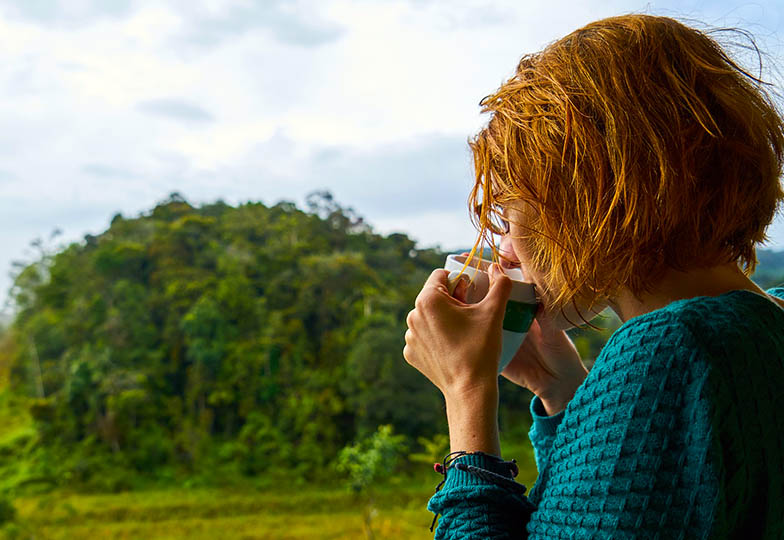 Image by Engin Akyurt from Pixabay

A good first step in our inquiry is to simply ask, ”What does it mean to ‘wake up’?” The answer to this question is obvious because it’s something we do every morning. We wake up from hours of sleep. During our sleep period, we are seemingly unconscious and, in waking up, we leave behind that state and become conscious. “Spiritual awakening” refers to this exact experience on the spiritual level. It suggests that our human existence is one of spiritual unconsciousness and encourages us to “wake up’ to an existence of spiritual consciousness.

Let’s keep in mind that anything we discuss or refer to spiritually is only a pointer to reality. We can never truly comprehend the spiritual with our human mind so we are only able to point to what is spiritually real. This is why spiritual literature is full of stories, parables, koans, poems, and illustrations. As Lao Tzu says in the Tao Te Ching, “The Tao that can be told is not the eternal Tao. The name that can be named is not the eternal name.” To understand the spiritual, we look at pointers and stories. Therefore, let’s examine one story of “falling asleep,” told in the Judeo-Christian Holy Bible.

In the book of Genesis, we read of the first humans, Adam and Eve, being placed in Eden, a garden of paradise. They are instructed by God to do anything they want, but they are forbidden to eat the fruit of one specific tree: the tree of the knowledge of good and evil. Everything else in the garden is available in fullness to Adam and Eve. Eventually, Eve eats the forbidden fruit and soon after, so does Adam who then has an encounter with God. God wants to know where Adam has been and what he has been doing. Adam tells God he was hiding because he was ashamed of being naked, prompting God to ask, “Who told you you were naked?” Adam admits they both ate of the tree of the knowledge of good and evil and discovered their current, naked, and flawed condition. God is angry and becomes concerned that Adam and Eve will eventually eat from the tree of life which will allow them to live forever, so he tosses them out of the garden. He places an angel with a flaming sword at the garden entrance, so Adam and Eve (and presumably everyone else throughout time) will never have access to the garden again.

The story of the Fall of Man in Genesis is one filled with allegory, legend, and colorful symbolism. The very human-like God in the story has limited powers (he doesn’t know where Adam and Eve have been or what they have been doing) and has a volatile temper when his creation exercises the free will which he, himself, apparently gave them. It makes the story difficult to take at face value, yet there are still some significant spiritual pointers about “The Fall” (or the falling asleep) in this parable.

According to the Genisis story, man once lived in paradise, a state of constant presence and communication with God. Let’s make note that this very state must be the state of “Being Awake” that we have been seeking. Waking from the human condition must involve returning back to the awareness of being in God’s presence and of not being separated from God. What was the event that ripped man away from that state of paradise? Was it the disobeying of God or the eating of the tree of knowledge of good and evil that caused the seeming rift? Remember, there could be no state of “disobey” or “obey” until the eating of the fruit of the tree, so it seems that it was this so-called knowledge that started the fall of humanity.

The knowledge of good and evil is significant because it represents the beginning of a belief in a state of duality. Good and evil. God and the Devil. Sickness and health. Me and you. Partaking of the forbidden fruit illustrates the formulation of the belief that there is a power or a state other than God. In other words, it was at that point man started living under the belief that God is limited. Notice how limited the God character seems to be after the so-called “knowledge” gained by Adam. God is no longer omniscient, omnipresent, or omnipotent. To Adam, God has become a limited, separate being from himself. This separation is illustrated even further by God tossing Adam and Eve out of the garden, out of his presence.

Now, let’s return to our current time and ponder the implication of this story. The state of paradise is a state prior to the knowledge of good and evil, correct? What is it that knows “good and evil?” Good and evil are known by our mind. Isn’t it in our mind where all concepts of good and evil are continually generated? We declare sickness “bad.” Babies are “good.” Tornadoes are “bad.” Cake is “good.” Foreigners are “bad,” soldiers are “good” and it goes on and on and on. Every time our mind labels something as “bad” or “good,” we put ourselves in the judgment seat of God while at the same time we place limits on God. If we proclaim something as “bad,” we testify that God has created something ”not good.” To live as a fallen (or unconscious) person means living this mind-based life as opposed to a spirit-based life. It is a flawed life limited by our own mind-based judgments. This is what it means to live an unconscious, or unawakened, life.

It’s interesting to note in the Genesis story, not once does it seem to occur to Adam that he could go back to the state of paradise by “unknowing” good and evil. In other words, he could give up the belief he has any knowledge of good or evil and he could cease living this mind-based life. In fact, that idea didn’t seem to come into existence until the appearance of Jesus in the New Testament who boldly claimed to be both parts of all duality, thus freeing man from Adam-consciousness. Jesus said, “I am the Alpha and the Omega, the first and the last, the beginning and the end.” In Christ, we find no duality. Similarly, the apostle, Paul, later said, “There is neither Jew nor Gentile, neither slave nor free, nor is there male and female, for you are all one in Christ Jesus.” How could Paul say this when a person only needed to look around to see Jews, Gentiles, free people, slaves, men, and women? Paul was, of course, not speaking of the appearance world where all of those varieties exist. He was not talking about the mind where all of those differences originate. By saying we are all one in Christ, Paul meant we are spiritually one. In the spiritual realm, there is no duality. There are not two, only one. That one is you. That one is me. The realization of that one is the “awakening” from a human mind-based life of multiplicity.

We are all born into this world of diverse appearances, but at our birth, we only know pure Being. We are like Adam and Eve in paradise, existing in constant spiritual presence and awareness. We know nothing of separation between ourselves, our mother’s breast, or sleep. Everything is one seamless, unbroken experience, free from labels and judgment. The journey of the spiritual life is a journey of returning to this pure state. It is The Prodigal Son returning home to an inheritance of wealth and title. Our spiritual Being has never been separate from us, yet we have spent a lifetime shrouding it from our awareness with a life experience of mind-made labels and judgments. That pure state of Being still exists within us as who we really are. To connect with it, we only have to make the decision Adam did not. To simply un-know. To give up our human judgments. To realize we are not now, nor have we ever been separated from our Spiritual Source and Being. This is the Gospel Jesus proclaimed. This is awakening.

Awakening is available to everyone regardless of religion, nonreligion, social status, gender, sexual preference, or nationality. Awakening is your birthright and not something you get as a religious reward or have to work hard to achieve. It is not about learning new techniques, information, or teachings. Awakening is about unlearning. Unlearning old mind conditions in order to experience the reality of who you are, not what your mind has told you that you are. Living unconsciously is living someone else’s life. Why live according to what others have told you is real, or with the abstract judgments your mind has convinced you are true? As the God in Genesis asked, “Who told you? Who told you these things you now believe? Who told you this is real?” What is real is this: you are Pure Being. Pure Spirit. Pure Life. How can you possibly be anything else? Realize this, awaken to who you are, and sleep no more!