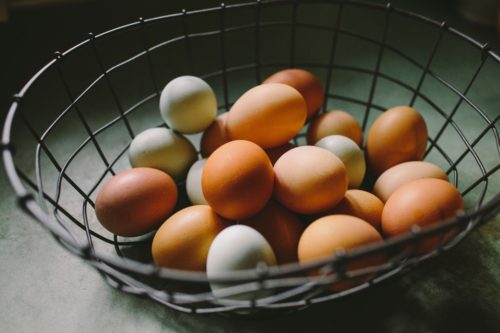 Fiona Blaine opened her eyes and tried to focus on the glowing red numbers of the digital clock. Without her glasses, she could only barely tell the numbers were 5:29. One minute before alarm. She reached over and clicked the “OFF” button so the alarm wouldn’t wake her husband Sonny.

She sat up and fumbled for her glasses on the nightstand while giving silent thanks she was able to sleep a few extra minutes on weekends. Every morning for the past 52 years Fiona had risen at 4 AM to prepare breakfast for Sonny. Weekends meant she could sleep an extra two hours and start breakfast at 6. Not today, however. Today was the Cocke County Celtic Festival and, as he had for 49 festivals in a row, Sonny would be leading the parade with his bagpipes and full dress kilt. She would need to start breakfast earlier this particular Saturday.

Fiona slung her cream color flannel robe around her body and walked quietly to the kitchen. She clicked on the light. In the middle of the kitchen floor laid Monster, their old black lab. Monster hardly cracked his eyes as Fiona opened the refrigerator door. She would start the biscuits first and as soon as they went into the oven, she would fry the bacon and then, finally, would be the eggs.

She scanned the contents of the refrigerator. Where were the eggs? How on Earth could she have forgotten yesterday to pick up the eggs from the grocery store? Sonny would be up soon, expecting his usual cheese scrambled eggs before heading off to the festival.
She knew what he would say, too. He’d tell her this wouldn’t have been a problem if the door to the chicken coop hadn’t been left open a year ago September when, in the middle of the night, a fox or coyote or something had entered the coop and killed their five good laying hens. Fiona didn’t remember leaving the door open and Sonny said he certainly would never have done such a thing. It was the biggest quarrel they had had in years and Sonny finally just said to heck with it, he wasn’t replacing the chickens. They’d have to start buying their eggs at the grocery store like city people do. And that’s what Fiona would have to do this morning. Go to the all night grocery and pick up a carton of eggs so breakfast would be ready when Sonny awoke.

Grabbing her rabbit coat and the keys to the Lincoln, she quietly slipped out the door to the garage. At this hour there would be no one at the grocery store who would give one care she was still in her sleeping gown. She adjusted the car’s seat and mirrors from Sonny’s regular presets, turned the key, cranked up the heater and headed down Sussex Road.

Cooper’s 24 Hour Grocery was only 3 miles away so she had plenty of time to park, grab the eggs, and get back to the house before Sonny stirred. For a second she worried Monster might bark and wake up Sonny when she returned but then she realized it was, after all, Monster. That dog hadn’t barked at a soul in 7 years.

Fiona saw the old church cemetery and knew she was halfway to Cooper’s. Ahead, she saw an unfamiliar old wagon on the side of road. The headlights of her car illuminated a cardboard sign with the words “Ordell’s Farm Fresh Eggs” scrawled on it.
“Thank you, Lord!” she said out loud as she pulled the car over. It wasn’t unusual in Cocke County for local farmers to sell their products roadside, so she was grateful this would save her 10 or 15 minutes.

The morning blue moon dimly lit the wagon stand with the help of the car’s scarlet tail lights. Fiona approached the stand and could just make out the shape of a human figure wrapped in a blanket.

“Good morning!” she said loudly. “Lordy be, you sure did save my life! I was starting breakfast and realized I forgot my eggs! I’ll tell you what, I have never done that before. I don’t know what’s wrong with my head lately.” She looked at the dark blanket and tried to make out a face. There was no movement. “Are you Ordell? Hello? Is somebody in there?”

A hand stretched from the blanket and pointed at the eggs.

“My husband sure loves his eggs, so I’m going to take a dozen,” she said. She collected twelve large eggs and put them in a small basket. “I’m just thankful you were out here and kept me from having to go all the way to the store. How much do I owe you, Ordell?”
No response came from the blanketed figure.

Fiona placed a five dollar bill on the stand. “I’m going to put this here. You just keep the extra for your trouble, you hear? Have a good morning, Ordell.” She ignored the silence coming from the blanket and hurried to her car. “He probably doesn’t even speak English,” she said to herself. “Poor man is trying to make a living and can’t even talk to his customers.”

When she returned to the kitchen, Fiona noticed Monster had relocated to the bedroom. Breakfast preparations would need to begin immediately. She put the basket of eggs on the counter and retrieved the biscuit dough from the refrigerator. She kneaded the cold dough until it was warm from her hands and she rolled it out and cut it into round biscuit shapes. When the oven reached 425, she put them in.

She placed the iron skillet onto the large burner on the stove. She pulled off four long strips of maple bacon and laid them on the hot skillet surface. She thought about how they looked like little flesh bandages and she watched them begin their bacon dance, shrinking, wrinkling, squeaking and popping. The grease bled from each strip and bubbled in the pan. The wonderful bacon smell began penetrating all corners of the house like some savory specter. She knew it would soon seep into the bedroom and gently wake her husband, like no alarm clock could. The strips reached their perfect stage of crispiness and she placed each one on a paper towel, then carefully poured 3/4ths of the pan’s liquid into a container marked “Bacon Grease.” The remaining would provide just enough flavor for Sonny’s cheese scrambled eggs.

Fiona retrieved the basket of eggs from the counter and a plate from the cabinet. She took biscuits from the oven and placed them on the plate next to the strips of bacon. She sprinkled cheese on the plate as a bed for the upcoming scrambled eggs. Sonny was the only person she’d ever known who liked the cheese on the bottom of the eggs. He always said it made the cheese more melty.
She cracked an egg against the side of the iron skillet. Fiona was aware she wanted to scream when the first cold, slimy tentacle whipped out of the egg but she was prevented from doing so when it wrapped twice around her mouth. The second tentacle was thinner and sleeker than the first one, almost like a lizard’s tail. It ran up the back of her neck and sprouted tiny little fingers that twitched and spread across her scalp. Two of the fingers dropped down her forehead and pushed through her eye sockets. Her glasses fell to the floor and she got an immediate feeling she would never be needing them again.

From the eggshell in her left hand plopped what appeared to be a dark, bristly, ball of mucous. Without glasses one might think it looked like an semi-developed fertilized egg. An embryonic chick wrapped in a yolk sack. But, without glasses, one wouldn’t be able to see the veins and filament and pulsating fluid that, in just a few seconds, had pushed the miry mass to three times its original size.
Fiona slumped over the stove. Her consciousness began to fade and all she could think was “Where is Monster? Why doesn’t Monster hear any of this noise and come running to the rescue?” Then she realized it was, after all, Monster. That dog hadn’t heard a single noise for the past 5 years.

A large cord burst from the egg mass and pierced Fiona’s chest. It injected a yellowish liquid into her heart and pumped the liquid throughout her entire body. Almost instantly her body melted and exploded into a glob of golden bio-goo which coated the cabinets, the iron skillet and the front of the oven. The egg mass and all of its extremities liquified with the goo it had created and dissolved.
Monster entered the kitchen. He had intended to sleep on the warm kitchen tile but he noticed something dripping from the oven. He slowly waddled to the stove and licked the pool of goo in front of the oven, then the oven door itself. He walked back to the middle of the kitchen, turned in two circles and laid down to sleep.

Sonny came into the kitchen looking the way he always did before going out in Highland dress. White shirt, Prince Charlie jacket, white hose in ghillies and completely nude around his hip region. He always waited until the last moment to put on his kilt. He would usually sneak up behind Fiona and give her a hug and she’d reach around and give his bare behind a squeeze. But this morning Sonny didn’t find Fiona at the stove. Monster was in the middle of the floor and Fiona’s robe was in a pile in front of the oven. Where was his wife?
He looked in the living room and the second bathroom with no clues to her whereabouts. The car was in the garage and Fiona’s rabbit coat was draped over the rocking chair. He thought maybe she had gone out for a morning walk as she would sometimes do. “That’s probably what she was doing last year when she left open the door to the chicken coop,” he muttered to himself. Or, maybe she just went to the end of the driveway to get the mail or the morning paper. He was confident Fiona would return at any moment.

Sonny went to the stove and saw the plate of warm biscuits, crispy bacon and tasty cheese. He stirred the contents of the iron skillet and, from there, dished out fluffy, yellow eggs onto his plate. He sat down at the table in full regimental state and gave a silent prayer of thanks for the food before him. He scooped a heap of cheesy scrambled eggs onto his biscuit. The cheese was all melty, exactly the way he liked it and the eggs seemed fluffier and sweeter than usual. “Fiona had outdone herself this morning,” he thought. He looked out the kitchen window and watched an old wagon pass by the house and thought about how Fiona had made his breakfast every day for the past 52 years. “This morning,” he thought, “may have been the best he’d ever had.” He wiped his mouth and knew she loved him. “Damn good eggs!”